MEXICO City has topped an Airbnb poll that reveals the most in-demand destinations for the 2018/19 Christmas holiday season.

The North American country has seen the biggest spike in searches, bookings and wish listings of any city in December, up 117 per cent, according to El Financiero. London was in second place with a 95 per cent rise followed by Puerto Vallarta and Tulum, two more Mexican cities.

Fast becoming one of the great capitals of the world, Mexico City (aka CDMX to those in the know) is a surprisingly laid back metropolis with a rich cultural history that stretches back to the Mayan, the Olmecs, the Aztecs and the Spanish.

Its warmth and sunshine comes not only from its sub-tropical climate but from its markets, mezcal, mariachi bands, and its most famous street food, tacos – making it the perfect winter escape.

The essential sights to see in 48 hours include the Teotihuacan pyramids, the canals of Xochimilco, Zócalo and Avenida Amsterdam in the trendy Condesa neighbourhood.

Before you head into the city, head out to the Teotihuacan pyramids. The ancient city is just one-hour outside the capital and you’ll want to spend a few hours exploring the ruins and climbing the 248 steps to the peak of Sun Pyramid.

Once at the top, you’re feel like a warrior from 100BC taking in the magnificence of the palaces and temples that stretch out for over eight square miles. You’ll then come down and cross the Valley of Death to trek up the Moon Pyramid for more incredible views.

Afterwards, drop in to the museum to see the large collection of stone paintings, figures and bones that archaeologists have collected over the decades. No-one knows who built this City of Gods, and the name Teotihuacan was only given by the Aztecs when they discovered it almost 1,000 years later.

Book a half-day tour where you’ll get picked up from your hotel in CDMX. The site gets crowded so it’s best to go in the morning and you’ll also avoid the searing heat of the afternoon.

Back in the city, take a wander through the Historic Centre starting at Zócalo known also as Constitution Square.

Here you’ll be standing where the Aztecs believed to be the centre of the world and today this is where the president shouts “Viva México” on the eve of Independence Day (16th September) to a cheering crowd of up to half a million people.

Many of the city’s top cultural landmarks are located in this area, which is the largest plaza in Latin America. Stop to admire the Aztec’s sacred Mayor Templo (Great Temple) built around 1325.

It was the year 1519 when Hernan Cortés, aged 36, conquered Tenochtitlan, today known as Mexico City, and claimed it for Spain.

Next visit the grand Metropolitan Cathedral built by the Spanish soon after the conquest and which took more than two centuries to complete from 1573 to 1813.

When you’re ready, head to the stunning Bellas Artes nearby. For the best views of its domed roof, cross the street to the department store Sears. Take the lift to the 8th floor cafe and you’ll look down on the 1930s palace, its gardens, Parque Alameda and the surrounding mountains.

As the light fades, finish the day on Plaza Garibaldi to drink mezcal while listening to the cacophony marachis bands dressed in their theatrical sombreros, charros vests and boots.

Ever heard of the floating gardens of Xochimilco? This has become known as the Venice of Mexico, just half an hour from the centre.

Jump aboard a psychedelic gondola-esque boat called trajinera for a tour of the lake and canals with artificial islands, known as chinampas, built by the Aztecs to grow crops.

There’s a fiesta atmosphere out on the water with floating markets selling food and drink. This is the perfect time to try a glass of pulque – a Mexican speciality you can’t find anywhere else in the world. It’s fermented maguey or agave – the same plant they use to make mezcal and Tequila. It’s slightly alcoholic and served like frothy like beer. It comes in a variety bright coloured flavours such as mango, coconut, strawberry and pineapple.

End your 48 hours with a relaxing tree-lined stroll along Avenida Amsterdam which circles Parque México (City Park) in the trendy Condesa neighbourhood. Here you will find live bands and dog walkers with up to 20 animals on their leads.

Stop for food, coffees and ice cream in the hundreds of chic cafes and restaurants around Condesa or for a treat try to get a table at Pujol, listed among the world’s top 50 restaurants. You should make a reservation but if not you might only get a seat at the bar.

Finish with a cocktail called bandera – inspired by the colours of the Mexican flag – this comes in three shot glasses: white tequila, fresh green lime juice followed by a red tomato juice with a few drops of Tabasco. Salud! 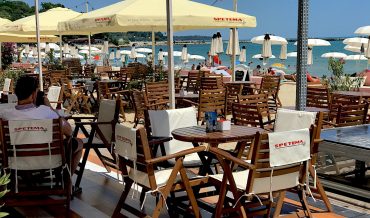 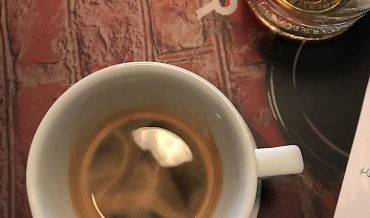 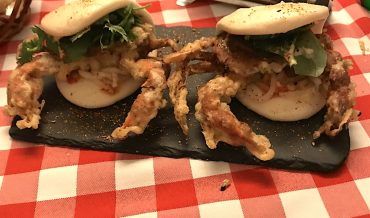 Lisbon’s best kept food secret revealed
TABERNA da Rua Das Flores is a city secret in Lisbon. From the outside, it's unimpressive yet inside the food is extraordinary.
Login