THE first glimpse of Rila National Park is unbeatable. I’ve just stepped off the cable car – I haven’t even started the walk – and wow, what a view! I must take a picture. This is an Insta hit.

It surprises me because I’m 1,600m (5,249ft) above the sea in Bulgaria’s highest mountain range – much higher than Scotland’s Ben Nevis which peaks at 1,345m (4,413 ft). I was expecting a raw and rocky landscape but it’s a panorama of garden green meadows up here.

This gorgeous geography is home to the Seven Rila Lakes – a series of crystal-clear glacial lakes—which are pretty easy to reach thanks to the chairlift that brings hikers up most of the way. For some, this is the climax and families bring picnics and spend the day. But for others, the adventure has just begun. After a few hours walking you can be at the summit looking across the horizon and south into Greece.

This was my destination: to the top of the lakes. Getting there though, was up to me and the small group I’d joined via the Viator website. Our route would cover around 16km (10 miles) taking us pass all seven lakes. We’re hoping the full lap will take us about five hours.

Following the guide, we are led along the track and up into the green hills. Be warned: it’s stunning up here. Every step is worth another picture. These mountains, which wear white in the winter, create the fresh melt water that give the landscape this burst of colour in the summer. It’s a walker’s paradise filled with pine, spruce and fir trees, and pink candy-floss flowers that wave in the sunshine.

The national park, lies 60 miles south of the capital Sofia, in the south-west of the country. The Rila mountain is part of a much larger geography, belonging to the Rhodopes range, which is shared with Greece. Musala is its peak at 9,596ft (2,925m). Once home to gold mines, here you’ll find Bulgaria’s two longest rivers, Iskar, which runs north to the Danube, and the Marica, which goes southeast to Turkey and the Aegean. The nearby Pirin mountains are popular with skiers come winter.

This magnificent trail must be among the least known in Europe. It’s July and there are only a few walkers ahead of us and a couple of groups behind — it’s not crowded. Also the trek is no sweat. We walk over bridges, jump streams no bigger than puddles and take a rest as groups of donkeys pass on their way down with men sitting sideways in the saddles. With each step the hills change colour – the shadows are different, the sun shifts, the clouds move – and the lake water is blue then turquoise then green. I was not expecting this – or to take so many photos.

One lake is covered in a dark weed that makes the surface look marbled. In another we skim stones (for both, see below). Then in the distance we spot a strange sight: a group of people dressed in wedding-white are dancing in a ring (pictured below). We couldn’t hear if there was music or singing but they were holding hands and moving around in a circle. We’re told this is the White Brotherhood, a tradition founded in 1864 by Peter Deunov. They come to the mountains every summer as part of their spiritual awakening rituals.

Mile by mile we chat. “You wish to know the history of Bulgaria”, the guide asks. “Let’s walk and talk. We have time.”

Bulgaria was once a great empire in the heart of Europe with a territory that spread into neighbouring countries that are now part of Macedonia, Serbia, and Croatia. It was finally conquered in the 14th century by the Ottomans where it remained for almost five hundred years. The city of Plovdiv –once part of Thrace–has even earlier beginnings, springing into the history books 8,000 years ago. This makes it the most ancient city in Europe and in 2019 it became a European Capital of Culture. The glamorous city of Varna on the Black Sea resort also goes back to before the Romans.

We go on like this and stray into economics: One of the country’s greatest exports, is rose oil from the Rosa Damascena flower. Used in the perfume industry, one kilo of this liquid is reported to be worth up to $9,400 (£6,845). There are so many more questions I want to ask but soon we are near the top.

By mid-afternoon we ascend a track to the summit. Sitting under the warm sky, I feel like I’ve conquered something. We have a-bird’s-eye view of all seven lakes and faraway mountains. For half an hour we sit looking out on Bulgaria’s greatest wealth: it’s natural beauty.

My advice is to take it slowly and stop often to snap plenty of photos. I did and ended up winning The Sunday Times photo competition. 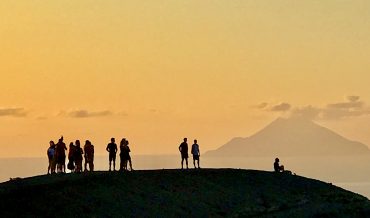 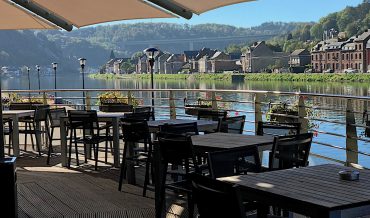 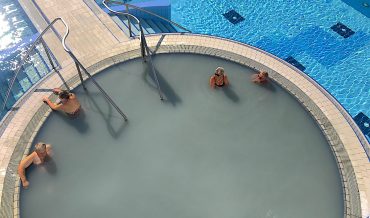 Dive into the healing dark springs of Slovenia
DON’T be put off by the black water or the smell of tar - this is Slovenian spa water, found nowhere else on earth.
Login