The sky blends into the sea and the rain slaps on to the sand as I start my holiday in Wales.

This is the best sight in Swansea. There’s miles of seafront that looks out across the Bristol Channel. Apparently when the sun is shining you can see over to Ilfracombe in north Devon. It must be gorgeous.

But with the low clouds and the wind driving the rain in all directions, I just shiver.

I go to the hotel.

This ancient city positioned on the south coast is Wales’ second largest after Cardiff.

From a small harbour it boomed during the Industrial Revolution – becoming the sixth largest port in the Britain. For 200 years it enjoyed great riches as the beating heart of the global copper industry. In the 1800s it even became known as Copperopolis.

I love a good rags to riches story and this is what I’ve come to find.

On the train from London we’d rushed across the hills and the valleys: I could see the grey terraced houses that cut through the green farmland – all part of its industrial heritage. It was a great view.

When I arrived, I was bursting with excitement. The station announcements were in Welsh, so were the signs. I couldn’t wait to see and learn about all the history I’d seen out the window.

Having been forced indoors by the wind and the rain I ask the receptionist at the landmark Grand Hotel about its history. She tells me it was built in the 1930s – nothing more specific. She points to a black and white photo down a corridor that I can take a look at. That’s all she knows, she says, adding there’s no further information on the website.

I ask if the hotel was built perhaps for the travelling elite in the age of the railways. The woman said she doesn’t know but that it’s probable. It may have been the first luxury hotel in Swansea? She says it’s possible and moves on to check in a guest.

As well as the photo, there are picture frames across all the walls filled with Dylan Thomas quotes. One reads: “An ugly lovely town…crawling sprawling…by the side of a long and splendid curving shore.”

This came from the city’s most famous poet, written in the 1930s. What does he mean by “ugly lovely”? I hope things have changed.

Directly out my window I look down and see the bins and in the distance the road and the green hills. Is this what he means by “ugly lovely”? Perhaps he’d stayed here too – in the very same room.

Fast forward an hour of rain and I head back outside. There is no time to waste. I splash through puddles and quickly find a ruined castle that stands near the Square. And what a spot for it. It’s right next to all the bars and restaurants on Wind Street. The plaque says it belongs to a chap called William de Breos III Lord of Gower.

It was built by the English to fight the Welsh. This is the third castle on the site which was started in 1290.

Having soaked up all that history I’m hungry and getting wet, so I follow in the footsteps of the locals and head into Five Guys, next door. As the wind blows, I stare at the bare stone walls from the Middle Ages while I eat my burger – with cheese to make it Welsh (rarebit), you know! It was delicious.

Despite the mist, I make another dash, into town. Luckily it’s a very short walk. There’s a few main streets with big shops – a Primark, New Look, Iceland, a large Tesco, and that was mainly it.

I buy a local paper from WHSmith and shelter in a Costa Coffee. On page three of the South Wales Evening Post I read a story about a proposal to hang “prom lights” around Langland Bay.

It turns out these plans are very controversial. Some want them to make it feel safer at night. Others are less keen: one resident says “this is not Benidorm”.

On in to the pelting rain, I run to the National Waterfront Museum. Here you get to hear the voices and meet the characters of the old industrial world as they tell their stories working deep in the mines, the mills, quarries and as furnacemen.

The roots of heavy industry run deep in Swansea. They made huge engineering feats and accomplished the expansion of the railways and docks. It all came to an end though in the 1980s.

I ask if there are any copper works still going on, any mines open? The woman at reception doesn’t know and turns to colleagues to answer. No one is sure. I ask if the water outside is the Bristol Channel. She thinks that’s right.

I go back to town and find the market. This hall sells everything that is Welsh. I buy a bowl of freshly cooked seafood for £4 and a welsh cake at 25p. I point at some black slime and the woman behind the counter tells me its laverbread.

I ask her what it tastes like. She says she doesn’t know – she’s never tried it. I ask her how they make it and why is it called laverbread when it’s wet sludge. She doesn’t know either.

This is so unusual. Does anyone here know anything?

She offers me a little to taste on a spoon. It isn’t unpleasant but it’s cold, fishy and salty. I don’t want anymore. Apparently the best way to serve it is on toast but I don’t want to buy a tub to find out.

Sitting on a damp bench looking out on Swansea Bay, Thomas, writing almost 100 years ago, got it right, there’s not much to admire.

I’d seen it all: there are no distinctive features left by industry, no stand out buildings.

If someone had told me this was Swansea I wouldn’t have believed them. With the name so well known I thought it was a grand city. It is surprising to discover it’s not. It’s a town, really quite small – and not very busy.

Thomas wouldn’t recognise the place today. As time drifted, it became a city – again, those I asked don’t know much about why – the docks became the marina with its apartment blocks and promenade that look out across the water.

No one seems to be celebrating its history. It’s as if it never happened. Maybe it was all imagined. And those working directly in tourism know very little. It’s very peculiar.

The good ol’days are long gone but then there’s this stunning beach. It’s a great half circle of a bay. The tide is out and the sand stretches for miles. It’s empty except for a few dog walkers on the shore.

Finally I am happy. My first impression has changed. There’s something here worth loving and worth exploring. What I came to see I didn’t find yet what I did find I’d not heard about.

Wales’ number one industry is its landscape – always was – after all, this isn’t Benidorm. 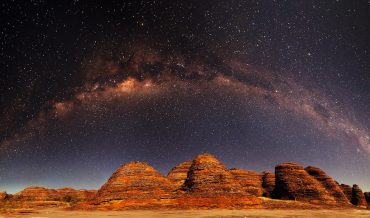 Why Western Australia should be on your winter wish list
WESTERN Australia is blessed with natural treasures from beaches, the world’s largest fringing reef plus cute quokka. 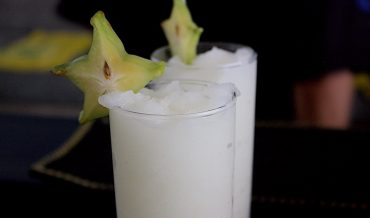 When in Lima make lemonade
LIMA is a food destination. When Peruvians turn their attention to cooking the whole world groans in pleasure.
Login