LIKE A Greek myth, the city of Athens draws you in. It’s the oldest capital in Europe, the cradle of Western civilisation and the birthplace of democracy. Its ancient temples and ruins lie scattered around the city alongside remnants from the Roman and Ottoman empires. Then there’s the food, the countless cafes, and the blue Aegean Sea. We went to find out where it all began.

Athens is full of everything you want. It’s warm, sunny, ancient yet modern. It has beaches, and a port -perfect for island hopping. It really is a classic at just four hours from the UK.

SOME time around 447BC, the Greek or Hellenic people did an incredible thing: They built the Acropolis, and more than two thousand years later it’s still standing, all be it, a little worn down over the years. They took marble from nearby quarries and built the Parthenon in nine years for the goddess Athena. How they did it is still a mystery. Up close, the achievement is even more astonishing. The restoration that started more than three decades is still ongoing. Standing on this hilltop city, you’ll also find the Temple of Zeus and as you look down on the city below you can see the ancient Olympiad.

*Top tip: Climb the marble steps early in morning to avoid the crowds and also the heat of the midday sun. The Acropolis opens from 8am to 5pm.

IN THE year 1874, the Grande Bretagne opened its doors as a luxury hotel for the wealthy and politicians. Through the years it’s maintained its high end clientele and has also become popular for celebrities. Inside the interior is grand, from another age.

I stayed in the five-star hotel on Syngama square that overlooks parliament. It’s a landmark in itself for the city and from here, you can walk anywhere in the city.

*Top tip: Drop your bags and head straight to the roof top bar for sensational views of the Acropolis to pose for a selfie. At night, it’s lit up.

TRADITIONALLY Greeks eat late and meals can last many hours. Happily at Ergon you can get all the best of the country’s cuisine, any time of the day.

The plates of food just keep coming, starting with Greek salad, plates of olives, sweet peppers with cheese, stuffed vine leaves with rice, cold cut platters and hummus and pita – and all this is just for starters!

Top Tip: Order a shot of Mastika as a night cap.

BEFORE the pandemic tourism figures for Greece were booming. In 2019 there were more than 5.7million overseas visitors, up from 2018. This was huge compared to 2012 when numbers dropped to 2.5million during the Greek debt crisis. 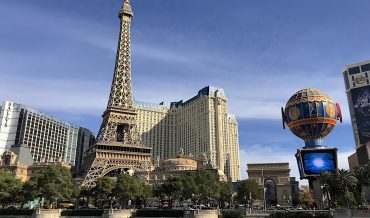 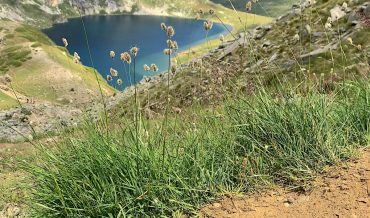 Chalkmarks picture wins The Sunday Times Big Shot competition!
THIS is my favourite shot taken while hiking the seven Rila Lakes in Bulgaria. The landscape was stunning.
Login