SO WOW: this is egg coffee. I’d dropped into the legendary Café Giang in Hanoi to try this iconic brew from where it was born.

But first there is something very special to understand about this Vietnamese speciality. In 1946 the First Indochina War began against the French colonists. Basics such as milk and especially condensed milk, which the Vietnamese love in their coffee, were out of supply. So a chap named Nguyen Giang simply used an egg as a replacement. The exact recipe is a secret but he created a phenomena.

He opened Café Giang in the Old Quarter and decades later it’s packed with tourists daily, all wanting egg coffee from the man who made it first.

The place looks just how it did decades ago, a bit old fashioned and not very comfortable. I paid for my coffee at the till and made my way upstairs.

I found a seat among a crowd of travellers also trying egg coffee for the first time. I took a sip. Considered it for a minute.

I have to say this: it tastes like coffee custard.  I’m not disappointed. I’m amazed.

And that’s Vietnam all over.

I’d strongly advise you to visit; spend as much time in the country as you possibly can. And have a coffee. I hope I haven’t spoiled it for you.

(PS: This song below was playing everywhere. Just press play. I’d give anything to understand it!) 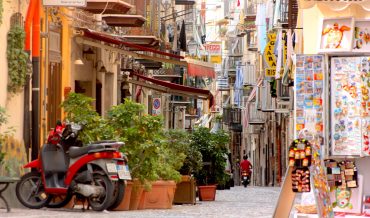 Golf buggies for all on Isla Mujeres!
DON’T stop me now, I’m having such a good time, I’m on a golf buggy. I’m having a ball. Weeeeeeeeee!
Login