Hvar got sun news for you!

HVAR is a gorgeous Croatian island in the Adriatic Sea – just a short boat hop from Split.

It’s known as the sunniest spot in Europe and even though it’s very small, it’s one of the busiest Dalmatian islands with hundreds of day-trippers and has the reputation of being the party island.

There’s no need to rush as the holiday season never ends in Hvar. It boasts around 115 sunny days each year. In Spring temperatures are already up to 20C and can reach 30C+ in the summer.

Despite the intense heat, you should get out and explore the coastline and also climb to the top of the fortress for the best views of the Old Town, across the harbour and neighbouring islands.

Loadsa celebs come here – Tom Cruise, Orson Welles (not any more, obvs) Prince Harry and Beyonce – have been there but most tend to stay on their yachts floating around the other 1,245 nearby islands. Only around 60 are inhabited.

Hvar is just a couple of hours away by boat from Split, Croatia’s second city after the capital Zagreb. Croatia is just a two-and-a-half-hour flight away from the UK. 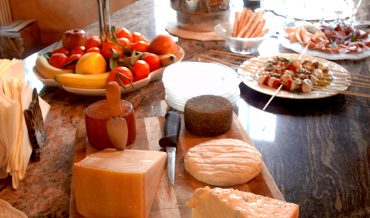 An unlikely city break in Tuscany
THE minute I arrive in Tuscany, I feel happy. And within an hour I’ve eaten my first Italian meal just like in Eat, Pray, Love.
Clips
Journoportfolio
TravMedia
Muck Rack
Paydesk
Contact us
Newsletters