ONE of two thoughts I have in my mind while dangling 262ft (80metres) in the sky is not to feel scared. The other is to remember to keep my arms back.

It sounds simple enough but when standing on the edge of a platform attached to a zip line, it feels like a lot to think about.

The idea of Europe’s newest and longest zip line at just over one-mile long (1.7km) had appealed to me when I heard it was about to open in Croatia.

It’s longer than the 1.6km long zip wire in Snowdonia and is named Beware of the Bear. I signed up immediately. Back then though, I wasn’t strapped into a harness and being told to let go. Now I think I was a little hasty.

Already high up on the launch tower, the view across the three valleys is spectacular. Perhaps though I should come down and reassess this.

To distract myself, I listen to guide Sasa Kmezic talking about his plans to build a second even longer zip wire for 2018.

He also wants to finish his hostel made from wood and glass offering 360-degree views of the landscape so people can watch the sunrise and sets.

Will I make it to the other end, I ask? Just wait and see, he says. Nervously my last question is what to do with my arms.

Then just after 4pm on a bright Spring day, I take a deep breath and take off muttering the instructions to myself and fall like a leaf.

My whole body drops forward. After a short scream, I open my eyes. Everything is ok…and I begin to relax. I fly above trees, remote houses and roads that disappear into the horizon.

I can’t yet see the end platform so I start to take in the beautiful Lika region, which is a three-hour drive from the capital Zagreb in central Croatia.

This is the country’s secret green paradise that’s growing in popularity. There was a time when visitors travelled to this area to visit only Plitvice Lakes National Park but thanks to Sasa the wider countryside is opening up to offer hiking, camping and adrenaline inducing activities.

He also offers outdoor climbing walls, bike trails, disc golf and air cycling. Half away across and I seem to slow down. Sooner than I could think, I am reaching for my camera but I quickly remember to put my arms back.

I rattle along at 30kph (20mph) into dense forest keeping my eyes peeled for bears below but I don’t see any. By the time I reach the other side, it feels like 10minutes has past but it’s just over two.

I smile and Sasa takes my photograph. Feeling slightly wobbly, I’m given a shot of rakia – a local spirit to calm my nerves. I take a seat on the landing deck and look back across the zip line. Sasa asks if I’d managed to take any pictures. He says it didn’t really matter if I’d keep my arms back. Now he tells me.

I allow myself a grin, down my drink in one and can’t help laughing out loud.

The next morning, after my picture-free experience on the zip line I’m off to exercise my shutter-release finger at Plitvice Lakes, probably the most photographed place in Croatia.

This is the country’s biggest national park and ranked as the most visited in Europe.

The park sees more than a million visitors a year – the same number trekking to Machu Picchu in Peru. This year (2017) the authorities are capping visitor numbers to 5,000 a day.

To avoid the crowds, it’s best to come in the Spring or even at winter when the cascades freeze creating fairytale-like-scenes.

There are four hotels in the park and I’m staying at the biggest Hotel Jezero. I’ve only to walk around the back of hotel and I’m at the main lake where a shuttle boat takes us deeper into the park.

I meet my guide Augusta Vukelic who tells me it’s also best to start early in the morning because by lunch time there can be thousands of people on the narrow bridges.

It’s 9am so we get to work deciding which route to take around the upper lakes which are more blue in colour and than the emerald-hued lower lakes.

There are various options for exploring the cascades and canon, from short strolls to up to six-hour hikes around the perimeter. With the sound of falling water all round, we head to the biggest waterfall which drops 256ft (78m).

It’s an incredible sight and the spray soaks my face as we approach. As we walk, Augusta tells me there are black fish, otters, cray fish and trout that bask in the clear waters.

Soon though we stop talking and look at the water in amazement. It’s like science fiction. Each lake has a different colour from bottle green to Caribbean blue. My snapshots can’t quite capture the true colour.

It would be nice to be walk around alone but as each hour passes more tour buses arrive. Later on I head up into the forest for a panorama looking down on to the lakes.

Now, I wish I was on the zip line – with my camera! 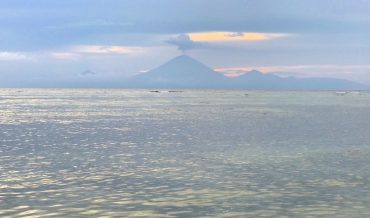 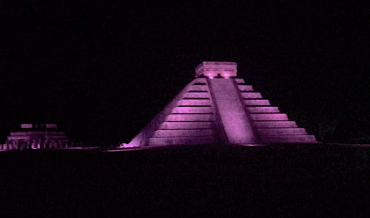 See Mayan history in a whole new light
I HAD a lot of questions for the Mayas, who built the city of Chichén Itzá more than one thousand years ago.
Login