HOLDING my pint-sized cocktail high, I carefully make my way outside.

I step on to the cobbles where the night is well and truly underway.

There are hundreds of revellers who have crowded into a nook of Lisbon to let their hair down and get their groove on.

Yet despite the never-ending number of bars in the heart of Portugal’s capital city, the real party is in the street. And down the road, around the corner, the alfresco scene just goes on and on.

It seems a bit odd to see these narrow streets from centuries past filled with throbbing dance music but it certainly makes history more fun.

Nobody really shouts about this westernmost corner of Europe compared to the Algarve known for its beaches and energetic party scene.

But Lisbon boasts a year-round Mediterranean climate, has its own stunning coastline and offers a nightlife that can be surprisingly sweaty, noisy and crowded. And for the full experience you have to stay up until sunrise.

If you are looking for some great late nights with some daytime sightseeing thrown in, this is the place to come.

After Athens, Lisbon is Europe’s second oldest capital city, located on the Tagus River and the Atlantic Ocean.

Way before London, Paris or Rome, it was a centre for culture and commerce. And at one point it even owned much of the world with the first global empire.

I stayed at the Hotel Avenida Palace just a few minutes on foot from those bars and pubs in the neighbourhood Bairro Alto.

This made it the perfect location for touristy outings but even better for getting back after a long night.

The best part for me though was the dozens of tiny luxurious bottles lined up in the bathroom and the Daz-white towels.

I hadn’t seen anything though until I laid eyes on the breakfast feast.

If there were three things that were going to blow away the cobwebs from the night before they were smoked salmon, a fry up and then a croissant. Buffets are my weakness.

I grabbed an apple and waddled off to the newly opened Lisbon Story Centre to catch up on the last 2,000 years of history told in 60 minutes. It’s a cracking part audio, part museum, part interactive tour.

Getting around the city is a walk in history itself and is easy to navigate with wide avenues and grand squares.

Praça do Comércio on the riverfront is the largest of Lisbon’s squares and known as the maritime gateway where ships would deliver food and goods from the newly discovered worlds of Asia, Africa and South America.

It’s easy to feel you’ve gone off the beaten track here. So if I wandered off, it was like entering a complicated puzzle, which spat me back out on to a main road eventually.

I rested up at the Confeitaria Nacional with its tempting display of cakes and pastries in the window that tinkled my nose when I walked in. The cafe, which has been owned by the same family since 1829, is home to the national specialty Bolo Rei (King’s Cake) which is a sweet bread with dried fruits.

I devoured this. I don’t care.

For some world class sightseeing get to Sintra, just 40minutes away by train. The Pena National Palace is a colourful, show-stopping fairytale castle perched on a mountaintop.

It was once was the summer home to Portugal’s last royals but today is a UNESCO World Heritage site.

To continue the dreamy theme, I took a bus for the stunning coastal drive back to Lisbon and stopped at Cabo da Roca on the way. This is Europe’s official most western point and they even gave me a certificate to prove I’d made it to the end of the continent.

Back in the city, it was time to think about dinner.

I went to Cantinho do Avillez for steak and chips followed by a crème brûlée.

The food left me speechless. One moment I was thinking I should have ordered the cod with “exploding olives” the next the meat arrived. I looked down and was in another world.

The young Michelin chef José Avillez opened this restaurant as a more casual setting to his coveted and high-end eatery Belcanto.

Lisbon may no longer be the global master it once was but its food and drink could be its future.

As I left, I came across a pop-up bar selling a sour cherry liquor called Ginginja in small chocolate cups. You can find these stalls all over the city.

They fill up the cup and you neck the sweet liquid. They top it up once again and this time you throw the whole thing in your month crushing the chocolate cup. It’s a cheeky treat costing around 1.65euro (£1.30).

And it’s a great way to start a night and of course when in Portugal don’t forget the port whether white, ruby or tawny.

Everybody has a favourite and mine is all of them as they taste jammier than grannies homemade preserve.

Having pootled from liquors to port, I end up outside Club da Esquina where my cocktail, the Brazilian classic the Caipirinha, comes served as in a pint glass.

The nightlife on these medieval streets begins late in the evening.  And what’s best about being outdoors is that you can’t find yourself in the wrong bar or miss something going on elsewhere because the party is everywhere.

Flights are available to Lisbon from Gatwick Airport with TAP Portugal
Rooms at Hotel Avenida Palace
Entrance to the Lisbon Story Centre
Trains to Sintra can be caught from Rossio station next to the Hotel Avenida Palace
There is a bus from Sintra that can take visitors to Roca Cape. Its route number is 403 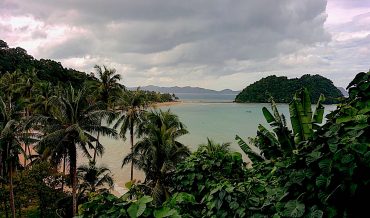 How I shimmed off a burlesque class in Prague
I CAN shimmy now. Yes it’s true. I’d never been able to do that before. This is what Prague has taught me.
Login