I GET hit by a barrelling wave.

It’s small in size but knocks me off my surfboard as I attempt to stand up.

I’m tossed around the breakwater and washed up the beach where the instructor tells me to get up and get back out there.

I paddle out. But within minutes I’m back on the sand at his feet.

This comes as a surprise to me as I’d been told about beginners who can stand up on their surfboard in their first lesson. Catching a wave is so easy, apparently.

From a distance, I look like an extra from the Great Train Robbery!

Half an hour later, I still can’t stand up and am being tumbled by the waves on to the shore.

Perhaps there is some mysterious secret that no one is sharing but really I don’t mind because I am learning the world’s coolest water sport in the world’s coldest waters – way up in the Arctic Circle.

Norwegians like to boast they have the northernmost everything including an 18-hole golf course, music festival, church, post office, and even brewery. To that accolade they can add the northernmost surf schools.

There are six of us at the Unstad Camping surf school in the Lofoten Islands, northern Norway. It might not be the place to sunbathe but Unstad Beach on Vestvågøy island offers some of the best waves in the world.

While it’s easy to think that a trip into these Polar isles would be blisteringly cold given that they lie further north than Iceland and parts of Alaska, it is actually warmer than you’d think because of the Gulf Stream that sweeps across the Atlantic Ocean. This means there are no polar bears or sea ice and, most importantly, you don’t need to be an intrepid explorer to enjoy beauty of the archipelago.

The average winter temperature is around the same as in Britain while in the summer it has been known to hit 30C.

The landscape is stunning with needle peaked granite mountains covered in fresh snow and paradise-white beaches that provide the perfect playground for outdoor-types.

There are six main islands and numerous smaller islets and reefs which are home to small fishing communities that offer peace and quiet for those looking for a hideaway escape.

Despite the water being just a few degrees above zero, I don’t feel it on my skin thanks to my all-in-one wet suit with stitched in hood, surf boots and matching black gloves.

From a distance, I look like an extra from the Great Train Robbery. Close up, I look even more sinister.

The coldest part of the experience turns out to be the walk from the beach to the camp where the sauna and hot tub have been prepared for us. There are also mugs of hot coffee – which seems to be Norway’s national drink – waiting in the main hut.

The surf school offers private one-of-one tuition as well as group coaching and three-day surf camps  during July, when the temperatures are more balmy, that are ideal for beginners.

Wanna-be surfers get to stay in the warm fully equipped old-style cabins and can have all meals provided for them.

With the deserted beaches and rocky landscape, it’s not only a beautiful place learn to surf but also one of the best spots to see the Northern Lights that sweep waves of neon green, violet and red across the heavens. In 2008, the Lofoten Islands featured in the BBC documentary The Land of the Northern Lights with actress Joanna Lumley hunting down the ghostly light show.

For four nights I have seen just the odd flash of green in the sky but nothing like the magnificent hour-long display that Lumley witnessed.

After our morning lesson, us “surfers” head off to the fishing village of Henningsvær – billed inevitably as the Venice of Lofoten. The small village is picture-perfect, with boats bobbing on the water just a few metres from the converted red fisherman cabins, which are popular hideaways among visitors. There are also dozens of wooden racks filled with hundreds of drying cod that creates Norway’s most important export stockfish.

We head out on MS Symra to fish for cod – known in Norway as the fish of love as the adult fish return to the warm waters each year to mate. On the boat, I feel sea sick so I sit up on deck and ask the captain about when I might spot the Aurora Borealis. He tells me to be patient  (much like the surf instructor) – to wait for a clear sky and to look out between 10 and 11pm.

As I am handed endless cups of coffee to calm my stomach, the rest of the group has reeled in and gutted cod after cod.

Back on land, we hand over our catch to the chef at Bryggehotel – set on the waterfront – who cooks up a feast of cod fillets with a black pepper crust and seasonal vegetables.

Now it’s the last night and I still haven’t seen the Northern Lights. It’s been raining most of the day so I give up hope and turn in after midnight.

Unable to sleep, I get up an hour later and open the curtains. And there, outside my window is the grandest display of green and violet ribbons dancing among the rain clouds. I couldn’t quite believe it.

For half an hour I watch the majestic performance and I remember what the captain had said to me earlier: “I don’t have to sell Norway to you, it sells itself”.

For more on Norway visit www.visitnorway.co.uk 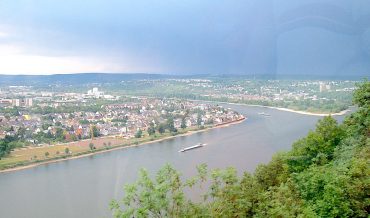 Lovely bubbly in the Rhine: tasting fizzy Sext
I ALWAYS thought there were just three choices when it came to sparkling wine. Who knew the Germans had Sext? 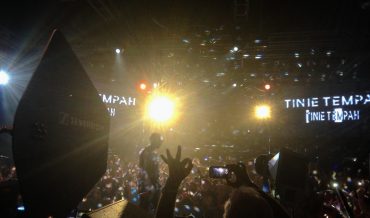 Magaluf makeover: Mega club BCM leads the way
THERE are men in women’s wigs playing volleyball on the beach and holidaymakers on banana boats. This is Magaluf!
Login