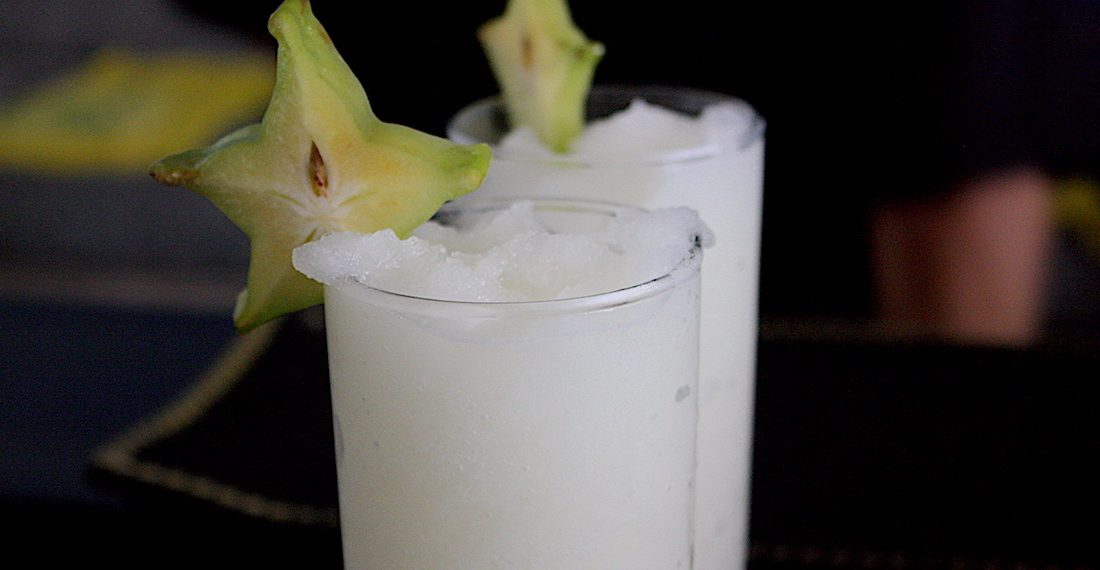 What’s the problem with Lima?

“I’m not really sold on Lima, there’s not much to do,” they say. “I just want to head straight to Machu Picchu or into the Amazon. Rainbow Mountain.”

I hear this repeatedly from travellers. But wait! So it’s not the most Insta-tractive city. It doesn’t have the international razzmatazz of Buenos Aires or Rio and it doesn’t help that it’s called Lima, which translates as lime. But in Peru, they call limes lemons so technically, Lima is a lemon. Confused? Let’s make lemonade.

I’ve always loved the desert city since the first time I went about 10 years ago, I’ve been back many times – and lived there too . It’s a food, drink and music focused capital that sits on the Pacific Ocean.

If you’re not feeling it yet, maybe this will help. Let’s take a look around Lima. And for that you’ll have to stay the night – maybe longer.

Lima is a food destination. When Peruvians turn their attention to cooking the whole world moans and groans in pleasure.

Peruvian gastronomy is a global hit. In London chefs Martin Morales and Virgilio Martínez have opened popular restaurants Ceviche, Andina and Lima. There are also people obsessed with queuing for quinoa burgers outside food vans. But don’t fall into the trap of thinking that because it’s become pretentious in England that it’s the same in Lima. It isn’t. The good news is that it’s cheaper and tastier, because the ingredients are homegrown and the portions generous.

Lime is the key ingredient to many of Peru’s signature dishes including ceviche and drinks Pisco Sour and Chilcano. You’re thinking – WOW! Is it safe to drink so much citrus? Yes it is. These people have skills. They’ve found the acidic sweet spot where the juice softens fish and spices – holding a dish in perfect balance. It’s hot. It’s cool. It’s WHOA. Your taste buds will be impressed.

What to eat then?

For street food, try anticuchos down Pizza Street (Calle de las Pizzas) in Miraflores. These meat kebabs are a must. They come served with giant corn, potatoes and a dollop of aji amarillo, which is a mild chilli sauce. They’re messy but you’ll want to binge on them all night.

Check out Larcomar – the shopping mall on the cliffs in Miraflores filled with noisy American style bars and restaurants – for ocean views, paragliders, sunset and to spot Cristo del Pacifico, which is Peru’s version of Brazil’s Christ the Redeemer.

Punto Azul – There’s no duds on the menu here and people queue even at lunch for ceviche and other fishy dishes.

San Antonio – These cafes are packed everyday with customers for their sandwiches, pastries, cake and ice cream. I always go traditional with triple (three layered sarnie of egg, avocado and tomatoes) or a buttifarra.

Bembos – This is Peru’s answer to McDonald’s and is a main fixture across the country. Here the burgers come topped with pineapple, crisps, avocado and pepper sauce.

La Rosa Nautica – Lima’s most written about restaurant is located on the end of the pier in Miraflores. Head here for an expensive and romantic seafood dinner.

Juanito – This is a bucket list hangout in Barranco. It’s been there since 1937. They serve a full Peruvian menu but most people drop in for their homemade pork sandwiches topped with tiger milk onions. It has an unhurried atmosphere and fills up with people wanting to get the night started. There’ll never be a dull moment.

Pardo’s Chicken – This place firmly squares up to Nando’s. This is an institution for Limeños who come for the best chicken in town. Their signature dish is barbecued chicken with fries, sauces and all the sides. It’s great for long afternoons with friends.

Lima is a Spanish colonial city – the old capital of the conquistadors. It was named the City of the Kings, in 1534/5 – built in the Rimac Valley by Francisco Pizarro. He defeated the Inca Empire. A couple of hundred years later, Lima became South America’s richest city due to the port of Callao built in 1779 that exported silver to Europe.

This has resulted in a mix of Catholic cathedrals and monasteries, old Spanish mansions, boxy apartment blocks and a few skyscrapers thrown up. It’s a bit LA-esque. While some cities don’t look their age, perhaps Lima at 484 years old does seem to have lost its pizzazz. Some might say ugly and flaking around the edges. But for sure, it’s not plain. Perhaps it could do with a makeover but it’s a real world city and underneath the smog and traffic there’s a wonderful prize to be found.

Miraflores: This is a good base to stay and from there then move around the whole city. It’s designed around Park Kennedy, which at night becomes filled with street sellers. It’s clean, easy to walk around and it’s by the ocean. There are cycle paths, shops, restaurants, hotels, swanky bars and plenty going on all night to take you from coffee to cocktail. It’s also handy for the artisan markets off Avenida Arequipa.

San Isidro: This is where the rich kids hang out. There’s office blocks, upscale hotels, shops and expensive coffee bars. Best of all though, it has the ruins of Huaca Huallamarca, which is a pre-Inca pyramid.

Barranco: So much here is neatly packed together. This is a laid back, grungy district filled with large colonial houses that have turned into boutique hotels and coffee houses.  It’s easy to walk around and get down to the sea. There’s food (great anticuchos) and music at La Noche. It’s even got it’s own graffiti street gallery. There are also more traditional museums including the Peruvian photographer Mario Testino’s gallery filled with portraits of Madonna, Naomi Campbell and Princess Diana.

Downtown: Here is where Lima began. It’s home to Plaza Mayor (main square), Palacio de Gobierno were the president lives and where Jose San Martín declared Peru’s Independence on July 28, 1821. There’s also Municipalidad de Lima, and the Cathedral with the tomb of conquistador Francisco Pizarro. It’s a day out. I wouldn’t recommend staying Downtown. But before you leave the centre, visit Lima’s Magic Water Circuit. This park has 13 impressive water fountains that spray, shoot and dance to music like those in Las Vegas.

Lima pulsates with live music from salsa and merengue to rock and reggaeton, especially in Barranco. There are great music venues and their No.1 band is Zen. This big selling pop-rock four-piece packs out the national stadiums across the country and music venues in Lima. Their songs get millions of hits on YouTube with Quédate one of their anthems.

Catch them in the summers performing at Domos Art in Miraflores, down on the sand with the roaring sound of the ocean in the background, all under the stars.

I asked the drummer Hans Menacho where the band hangs out?

“Most of the time in La Noche. They’re open everyday, the drinks are good and they stay open late.”

Buckle up and cruise along the Pan-American Highway. Travel south towards beaches Punta Hermosa and Punta Negra or even farther to Paracas and the Ballestas Islands, home to sea lions, pelicans and Humboldt penguins. Stop at Ica to see Huacachina – a unique village oasis where you take a sand buggy and ride the sand dunes.

Or instead go north to the beaches of Trujillo, Chiclayo and Piura stopping along the way to visit the ancient pyramids – Temple of the Moon, Cao and Chan Chan – of the Moche and the Chimu. Both pre-date the Incas. The good news here is that’s there’s no four month waiting list to see these ancient ruins.

From December to May the temperature is warm although it never reaches more than 30C. Because Lima is in the desert, it can get cold at night so you might need a bobble hat.

From the UK: There are direct flights from London to Lima with British Airways. Other options are to fly via Amsterdam with KLM, Madrid with Iberia or Miami with a number of carriers.

According to the writer Jules Verne author of Phileas Fogg, the mild climate makes Lima “one of the most agreeable cities in the New World”. This is from his book The Pearl of Lima.

More than one hundred years later, rock star Mick Jagger said the exact same thing. He was in the city for the Rolling Stones America Latina Olé Tour in March, 2016. He stayed in Miraflores and told the crowd at Monumental Stadium that he’d eaten the best food in the world and that Ronnie Wood was the “llama lover of Lima”.

There we are then.

Lima is more than just a stop-over. Buy a plane ticket and go and see how much it punches above its weight. 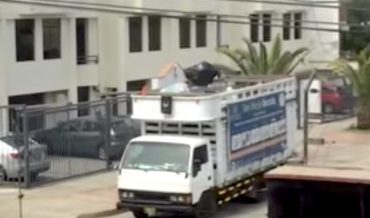 That’s one Titanic bin round!
EVERYONE knows the Titanic sank after it hit an iceberg but it seems these dustmen refuse to believe. 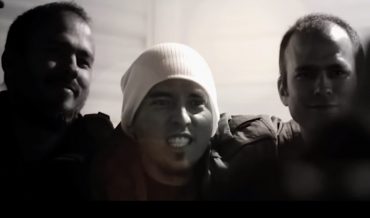 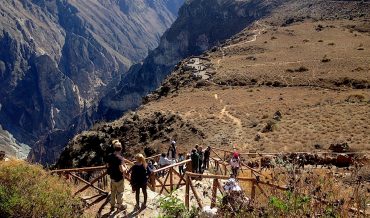 High drama in the Andes
THE Colca Canyon is 11 London Shards deep and a must see for anyone visiting the Andes.
Login