SO MUCH for getting back to nature and rediscovering the great outdoors. The real holiday winners are Las Vegas and cruise companies.

Despite what people have told pollsters they planned to do once they could travel again, bookings tell a different story, according to analysts McKinsey & Company.

Speaking at the International Tourism and Investment Conference online summit, Margaux Constantin said that her company’s research showed hotel bookings in September for Las Vegas are up 200 per cent compared to last year. Cruise bookings were also healthy and those who had their sailings cancelled were rebooking.

While talking about reopening hotels, Keith Barr, the boss of IHG, said some of its US hotels are currently fully booked and its Six Senses properties in Vietnam have full occupancy.

He said: “We have some hotels which are sold out right now around the world which amazes me. These resort destinations: so we have Six Senses in Vietnam that were sold out for most of last month, we have beach resorts in the United States sold out too. There is a desire for people to travel and we have to work as an industry.”

As the travel and tourism sector begins to recover from the global coronavirus pandemic, behaviour surveys have painted a picture that travellers have a preference towards outdoor locations as they naturally offer physical distancing. Beaches have been popular, national parks and the countryside.

Ms Constantin said: “Urban centres are the biggest losers in terms of what people state they want. What’s funny with these surveys, there’s a big difference between what people say and what they end up actually doing.

“If you look at the hotel bookings in September in the US, the biggest, biggest, biggest winner of all is actually Las Vegas where booking is about 200 per cent up compared to what they were last year. Cruises are seeing somewhat healthy bookings.”

Elsewhere, figures from Virgin Voyages show that their internet cruise searches and bookings are increasing.

She said: “We are seeing almost three-times the bookings from the UK for Scarlet Lady 2021 voyages compared to bookings on Scarlet Lady for 2020.” 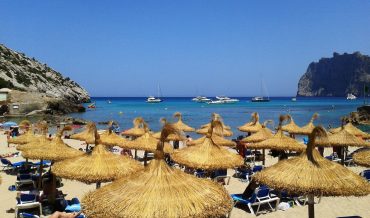