DESPITE Brexit, the UK moved up one place in the passport global rankings to 7th place today.

While the pandemic has temporarily restricted travel across the globe the UK moved up one spot with visa-free access to 185 countries. But due to Covid travel bans UK passport holders currently have access to fewer than 70 countries, according to the Henley Passport Index.

With no border closures taken into account, Japan took the 2021 Number 1 spot for the third year in a row as the most powerful passport in the world allowing its citizens the freedom to travel to 191 countries visa-free. Singapore secured second place and South Korea came joint third alongside Germany.

The trend of Asian Pacific countries rising up the ranks represents a “power shift” which has seen European countries slowly drop down the list. The authors predict this trend to continue with many of the region’s countries expected to be the first to recover from the pandemic.

Finland, Italy, Luxembourg and Spain share 4th place with Austria and Denmark rounding up the Top 5.

Taking the last, 110th spot is Afghanistan with visa-free travel to 26 countries, Iraq is in 109th place allowing access to 28 countries and Syria is ranked 108th with freedom to 29 nations.

Significantly, the United Arab Emirates has made a “stunning ascent” from 62nd place in 2006 to take the 16th spot this year with visa-free travel to 173 destinations.

The report says: “Perhaps understandably, there were relatively few high-profile visa agreements between countries during 2020. The notable exception was the UAE, which has continued its remarkable upward trajectory. The country signed several mutually reciprocated visa-waiver agreements last year, including a landmark US-brokered agreement establishing formal ties with Israel and granting citizens of each country visa-free access to the other.”

Dr Christian H. Kaelin, chairman of Henley & Partners, said: “Just a year ago all indications were that the rates of global mobility would continue to rise, that travel freedom would increase, and that holders of powerful passports would enjoy more access than ever before. The global lockdown negated these glowing projections, and as restrictions begin to lift, the results from the latest index are a reminder of what passport power really means in a world upended by the pandemic.”

*ranked by Henley Passport Index, which began in 2006. 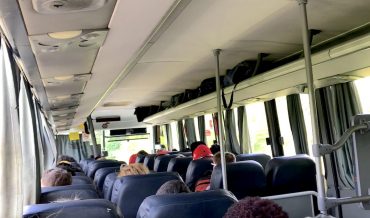