THIS is my favourite picture from Hanoi.

We were leaving Train Street when a Vietnamese man approached us telling us to go to the Opera House – and he was pointing off in some direction.

Through the translator he told us that he didn’t understand why tourists visited this part of the Old Quarter.

To him it’s home – where families sit outside, set up cooking pots and eat their daily meals. Scooters buzz through and women carry heavy baskets of fruit for sale on their shoulders.

But up to five times a day, huge trains hurl straight down the middle. One rumble on the tracks and the drill is to grab the children, pick up the pots and head inside.

The scooter drivers and street sellers have no where to hide so they press themselves up against the houses.

It’s this thrill that brings the Brit, Aussie and American backpackers. Train Street has become an unmissable attraction for trainspotting selfies.

This is a difficult image, a picture of a problem, where tourism in Vietnam is soaring – estimated at 80million visitors in 2018 – yet the Vietnamese live far away from the 21st century.

Born in 1935, this man aged 84, has lived on the North-South railway line built by the French colonialists, most of his life.

He said he’d like to have moved but has never been able to afford the few thousands dollars to leave. He said he’s never had US$4,000 his whole life.

He’s been forgotten and is left behind. The French went in 1954 and the tourists come and go.

I asked to take his picture and he made the same gesture and grinned.

As we left he said again that we were wasting our time on the tracks and should go and see the Opera House. We tell him we would. And we did, see below. 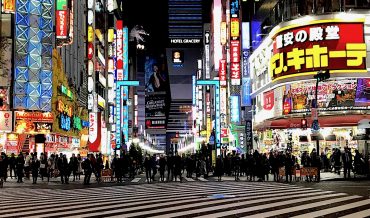 My best shot: Shibuya, Japan
THIS picture is from Tokyo, Japan. I’d been walking all afternoon and through into night time. 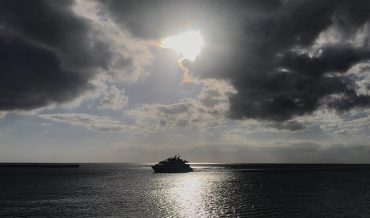 My Best Shot: Cozumel, Mexico
DARK clouds roll in over the Caribbean Sea where a super yacht sails calmly under a path of sunlight. 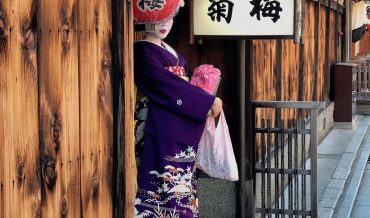 My Best Shot: Kyoto, Japan
EVERYONE wants to see a Geiko when they go to the Gion district in Kyoto for the first time.
Login