IF NOVEMBER is already starting to drag and you want – more than ever – to get away on holiday next year, Central America will give you some travel cheer.

Every week or so a different country in the world reopens to tourists – ironically many while Europe was closing down again. Over the last few months this included Nicaragua, Guatemala, Belize and Honduras in Central America. The region is in recovery and taking its first steps to reactivate tourism.

On Friday, representatives from these four tourist boards Zoomed into London with a virtual roadshow to share their tips for trips in 2021. But for now please remain seated until the seat belt sign has been turned off. We are in a holding pattern!

Where do you start if you don’t know Central America?

Nature and history are its DNA. Built first by nature, then the Mayan architects and more recently the Spanish and British colonists, the region is a cocktail of abundant wildlife, ancient metropolises and deep, rich cultures.

The country experts all drew attention to the region’s biodiversity with much of its sea and landscape protected for conservation and outstanding value.

Their tourism economy is small and that’s just how they like it. Big brand resorts are not their style. They have smaller hotels that offer a local experience.

Adventure is the reason to visit but that can look like hiking up volcanos and deep sea diving to simply doing the backstroke in either the Pacific or the Caribbean waters. The region breathes fresh air and you’ll be kept warm all year round with 25C heat.

Rona rules: Currently, there are no direct flights from the UK but there are connections via the US and Spain. Central American countries have similar Covid protocols which include a negative test result within 72 hours of travel plus mask wearing and social distancing in practice.

This is the gateway into Central America with Mexico to the north and El Salvador and Honduras to the south. It is also the doorway to another world: The Mayans. Around 50 per cent of the population descend from the Maya and once inside there are more than 3,000 archeological sites to explore. La Danta Pyramid is one of the largest in the world.

Tikal National park is home to a 1,300 year old temple in the city of Flores. It made headlines in 2019 when two tourists were found scratching their initials into its ancient wall.

The country also has hot springs, 37 volcanoes, it’s known as the Billfish capital of the world plus there’s coffee and cardamon.

The landscape flows from mountains and canyons in the north down to lakes, waterfalls, rainforest and beaches along two coastlines – the Pacific and the Caribbean.

The latest Unesco offering came in July 2020 with its list of Global Geoparks – these are areas marked out for their environment, scenery and diversity of landscape. Rio Coco became the first in Central America to be listed for its hills, valleys and 18th century gold mines.

There’s also colonial cities such as Granada and Leon, 25 volcanoes, and coastline with lagoons and beaches popular with surfers.

Brits love Belize and essentially that’s because it’s the only English-speaking country in the region. In 2019, they had 60,000 visitors – most were from the UK.

The big attraction here is the longest barrier reef in the Western hemisphere: home to colourful fish, rays, manatees, turtles, crocodiles, the hammerhead shark and the rare whale shark.

Here the barrier reef continues with sharks rays, eels and dolphins but they also have popular islands: the Roatan Bay Islands, Utila and the archipelago Cayos Cochinos, where the US version of reality show Survivor was filmed.

Coban Ruins is known as the Athens of the Mayan World and has the longest Mayan scripture in the world.

There are also more than 700 bird species, walks and hikes, beaches along the Pacific and Caribbean Sea plus “a magical nightlife,” according to the tourism board. 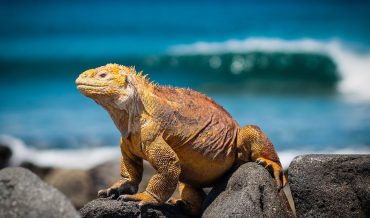 Ecuador’s safety first policy brings back tourists
By Natalie Chalk. TOURISM is returning to the Galapagos Islands since they reopened their borders. 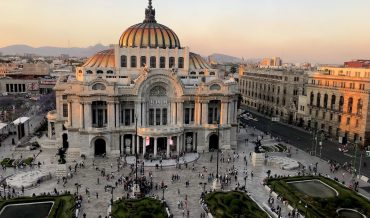 Mexico City: From ancient ruins to markets, mezcal and mariachi bands. Feel the heat of CDMX in 48 hours
MEXICO City has topped an Airbnb poll that reveals the most in-demand destinations for the 2018/19 Christmas season.
Latest Articles
Ireland gears up for a Brexit bonanza of UK travellers in 2021
Brits abroad: Has the beach and booze reputation gone?
Will Brexit deal another blow to UK holidaymakers looking to return to their favourite hotspots in 2021?
Top features