THE huge impact of the coronavirus on the airline industry has been revealed with Finnair saying it was hit by an unprecedented 300,000 demands for refunds – the equivalent of three years worth in just three months.

The Finnish airline, which grounded 95 per cent of its flights in March, has already processed 160,000 refunds paying back €250 million.

The harsh reality was unveiled during an online conference about the handling of flight refunds, which has been one of the most contentious issues in recent months for carriers. Many have been criticised for not acting quick enough or for offering vouchers despite customers being entitled to refunds.

Mikko Turtiainen, Finnair vice president of global sales, said: “Over the past three months we have encountered about 300,000 refund requests, which equals about a three year amount of refunds. We have processed about 160,000 equally 250 million in regards to refunds that we have paid out.

“We’re averaging about eight weeks per refund, which is slightly longer than the normal. But if you think of the approaches that the consumer has seen from different airlines – ones where vouchers have been pushed towards the consumer – with the Finnair approach, we truly give the consumer the option: do you want the refund or would you like the voucher, and in that sense being extremely transparent.”

Other speakers at the event included Shiv Bhatt, merchant and acquirer solutions from Visa, who said the card giant too had seen a rise in “disputes” raised by travellers who had failed to secure a refund from the airline and instead turned to their credit card company for help.

Proposing a way forward, Mr Bhatt said: “The vouchers have been the most confusing for many people because on the one hand it’s the best way for a travel company to provide back to the consumer an option while maintaining their own liquidity. At the same time I think consumers have sometimes asked for the voucher and on the back end raised a dispute with their bank.

“I would love to see some innovation where a voucher is tied back to the payment card that was used to make the original payment so that when I have to redeem the voucher again I don’t have to look up my email, I don’t have to make a call. So there’s less friction for the consumer and it provides a better assurance and visibility for the consumer that they have been issued a voucher that’s useable.

“Airlines or hotels could consider offering an incentive to use the voucher: so instead of offering a one-for-one voucher, which is $100 to $100, what if they said when you take the voucher you get $125 worth of money in the future.”

While offering financial incentives might be used in the future, there came a warning that airlines could be sitting on a potential voucher “bubble” that in six months could burst when passengers start rebooking their flights.

As well as trouble over refunds, the sector is on the front line against coronavirus with travellers concerned about the risk of catching the virus onboard flights.

Paulo Salvador of ESSEC Paris Master Hotel Program suggested that payment systems needed to be simplified so that either the airline or the operator can trigger the reimbursement.

He said: “Flexibility is going to be the word, mandatory, for travel.” 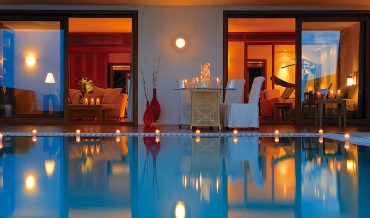 Holidays that heal: Super rich get ready to splash out on a wellcation after lockdown
WELLNESS retreats are tempting luxury travellers as the coronavirus lockdown eases this summer.

How hotels can put travellers anxieties to bed!
BEDS are the biggest concern for travellers when it comes to hotels reopening this summer.
Login