AS THE banned Iceland advert has us hooked on orangutans this Christmas, where can you still see these amazing animals?

The commercial doesn’t tells us where baby Rang-tan comes from but the answer is Southeast Asia. The animals are native to Malaysia and Indonesia and today can only be found in small regions in Borneo and Sumatra.

The good news is that in Sabah – the northern corner of Malaysian Borneo – there’s a healthy population in the wild. The region has been named as one the top places in the world to see these endangered primates because they’re not living in rescue centres or sanctuaries but swinging through the treetops while their babies cling to their bellies.

While much of their habitat has been lost to make way for palm oil plantations, their numbers have been stable for 20 years, according to NGOs Hutan and Danau Girang Field Centre.

A protection programme across the Deramakot Forest Reserve, allows only logging that mimics natural tree fall to protect biodiversity. The numbers of primates here are thought to be around 800 with an estimated 11,000 across Sabah.

This has turned the area into a wildlife hotspot. The 55,000 hectares – an area almost twice the size of the Isle of Wight – is virtually uninhabited by people.

The forest is filled with other rare species including Proboscis monkeys, the pygmy elephant and the clouded leopard. There’s also the secretive sun bear, gibbons, maroon langur, a yellow-throated martin, colugos, flying squirrels, Malay civets, wild banteng and much more.

Meanwhile back in Britain, despite the banned ad, it’s been watched 5,600,000 times on YouTube.

On November 9, Iceland Foods tweeted: “You won’t see our Christmas advert on TV this year because it was banned. But we want to share Rang-tan’s story.”

The cartoon sees Rang-tan living in the bedroom of a young girl because his home has been destroyed by major deforestation due to palm oil trees, which are native to West Africa. Palm oil goes in hundreds of everyday foods, products and detergents including peanut butter, candles and toothpaste.

The commercial was pulled as it was considered “too political” due to its connections with NGO Greenpeace.

Iceland is the first major UK supermarket to pledge removing palm oil from all its own-brand foods.

For more about the orangutans visit Sabah Tourism. 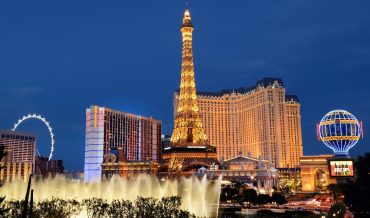