Will Brexit deal another blow to UK holidaymakers looking to return to their favourite hotspots in 2021?

JUST when holidaymakers were starting to feel optimistic about travelling again in 2021 following news of a vaccine, Brexit could deal them another blow.

If an agreement is not made between the UK and the EU in the next few weeks, the prediction is that there’ll be fewer planes flying to Europe and also longer queues on arrival as each passenger will face questioning at the borders. With each interview lasting two minutes, those at the back of a flight – from 1st January 2021 – with more than 200 passengers can expect very long waits.

The rules become clearer in 2022 when British travellers will be required to pay €7 (£6.20) for a visa waiver known as Etias (European Travel Information and Authorisation System), which will allow for up to 90 days travel in a six-month timeframe. Until then, an interim agreement has not been reached – and so Brits can be expected to be treated as any other non-EU national arriving into Schengen.

Niall Gibbons, the CEO from Tourism Ireland, said: “It’s important we try to take the hassle out of travel. The last thing you want is your most important customer unsure or uncertain. There are a lot of important questions that need to be answered that have been overshadowed by Covid.”

The prospect of a travel resurgence has been positive since the announcement of a vaccine earlier this month. Research has shown that post-pandemic travellers would look to visit familiar destinations and stay close to home next year. Another survey has predicted a boom in holiday bookings in January 2021 for travel in September.

But drawn-out Brexit negotiations and uncertainty could mean Brits could book outside the EU and opt for summer holidays to other popular destinations such as Turkey or Morocco.

Speaking at a European Tourism Association forum, tourism bosses said that even a “skinny” deal would help bring confidence back to travel within Europe.

Beatrix Haun from the German National Tourist Office said: “In the first year after Brexit we expect consumer insecurities around entry requirements. We are already speaking about what’s going on: what will be going on with health insurance? All this may cause a slight slow down in numbers in the beginning. Potentially, there could also be less flights especially from low cost airlines – from every country – because it will have an impact on our businesses, but not just because of Brexit but Corona also.”

Corinne Menegaux from the Paris Tourism and Convention Bureau said they were worried about losing British travellers, who are the biggest spenders in the French capital and most likely to stay in four-and-five-star hotels.

She said: “UK travellers are very important for Paris, making approximately 10 per cent of our foreign arrivals. They spend a lot: UK foreign travellers are the ones spending the most in Paris, approximately the expense per day, per person is €147 and the average is less than €140, so we are happy to have them. We are very worried about that.”

Mr Gibbons from Tourism Ireland added that they expected a strong rebound as the Common Travel Area between the two countries would remain, with or without a deal.

He said: “We are assured that regardless of the outcome of the talks in Brexit, the Common Travel Area that exists between the UK and Ireland has been underpinned by legislation and will continue as it has done since 1923, which means that you can travel around the UK and Ireland as if it’s one country for travel purposes and that’s been a key message for us during the last 18 months.

“For Ireland, we are going to be well positioned post-Covid because what our current Covid research is telling us in all our key markets is that what people are doing post-pandemic is looking to visit most familiar destinations – places that are closer to home and looking to connect with family and friends. And Ireland ranks No1 in Great Britain in terms of destinations that people will travel to because it’s a place where they feel comfortable, secure – the same language, drive on the same side of the road – and all those things we take for granted. I think we will see a strong rebound.” 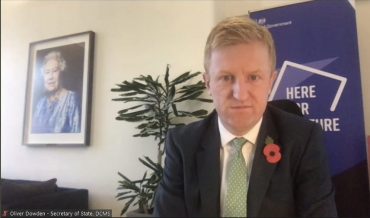 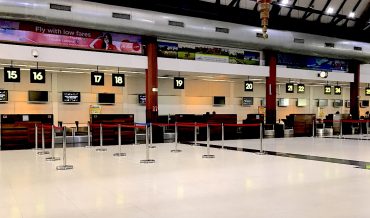 Get ready for New Year bookings for September 2021 getaways
By Natalie Chalk. TRAVEL agents can expect to see a surge in bookings this January due to a “pent up demand to travel”. 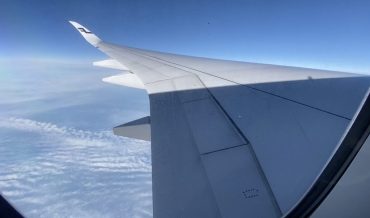 Covid kills jumbo: BA retires its iconic 747s following worldwide downturn in travel
CRUISING through the jet stream at 650mph, the Boeing 747 has been the iconic Queen of the Skies for the last 50 years.
Latest Articles
Watch out! Tenerife named Europe’s first whale heritage site
Coming into focus: The outlook for 2021
Travel boom Britain: UK predicted to outperform Europe in 2021
Top features